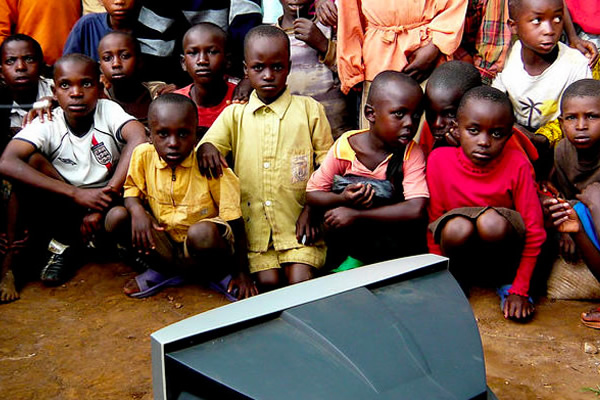 Watching television, for many, used to be a solitary activity. Some people would obviously watch programmes, at home, with family members or friends. The following day, shows would also be talked about at the office, but that was as far as it went.

However, because of the emergence of the web, social platforms and digital technology, television is becoming increasingly social. That is, the level of social interaction, in the context of watching television, is increasing and will continue to do so for the foreseeable future.

Social television may not directly impact on your business. However, indirectly, this phenomena tells us a lot about the way the world is evolving, and what we all need to do to ensure our marketing is effective and we have successful businesses.

As television increasingly integrates with our online persona, and platforms such as Facebook and Twitter, it will become easier for us to see what our friends are watching, in real time, and what they like and don’t like. Many of our TV viewing choices will, therefore, be based on our friends viewing habits. While this may have always been the case, the situation is now being exacerbated beyond anything we have witnessed previously.

So, if I come home from work and can see that my two friends Scott and Dave are both watching the same comedy, I may choose, on that basis, to tune in to that programme.
Thus, while ‘social proof’ has always been important in the success of a TV show, one can see how Social TV will take this to a new level.

Moreover, TV, for many, is increasingly becoming a ‘two screen experience’. In other words, while watching a show, viewers will also be surfing online. This is leading to people commenting on shows via Twitter and Facebook etc., in ever growing numbers.

The motivation to comment tells us something else about the new consumer. Whereas people were traditionally happy for television to be a passive activity, this is no longer the case. The web is an interactive medium where we constantly make choices and give opinions. Many viewers are no longer happy to be passive but want to be involved. Some of the most popular shows on TV are now those in which the public can vote and have a say. The ability to post comments about shows on social platforms is another way for consumers to be involved and not simply watch passively.

This is exactly the same for any business. Increasingly, more decisions are being made with a view to what our networks and friends think. This is because, with social platforms and mobile technology, it is becoming easier to provide, and access, opinions about a whole array of subjects. In a world where we are faced with so much choice (like the growing number of television channels) using social proof to filter our choices, and make decisions, makes sense.

For marketing to be effective, all businesses must ask themselves, are they encouraging their customers to be involved, ‘like’ and ‘mention’ them in a positive light to garner as much social proof as possible? Customers no longer wish to be ‘serviced’ well. They want to have the opportunity to have a say and participate. In the ‘experience economy’ customers want to have the opportunity to create with organisations. The most successful companies will be those that can channel the energies of their prospects and customers in a positive way.

As in TV, power has also shifted. Your customers now have outlets and channels on which to comment about the experience you provide and actions that you take. This sentiment can be monitored in real time. Regardless of whether your business is involved in social platforms or not, your customers can still be posting there. Businesses that do not monitor this sentiment, and take it into account, risk missing opportunities and worse still, damaging their reputation.

We are now entering an era where all businesses need to invest in social media monitoring software in order to stay abreast of the comments being made about their industry generally and their company in particular. Social TV is not just something we will engage with in our leisure time. The lessons learned must have an impact on the way we approach our own business if we are to be successful in this social era.