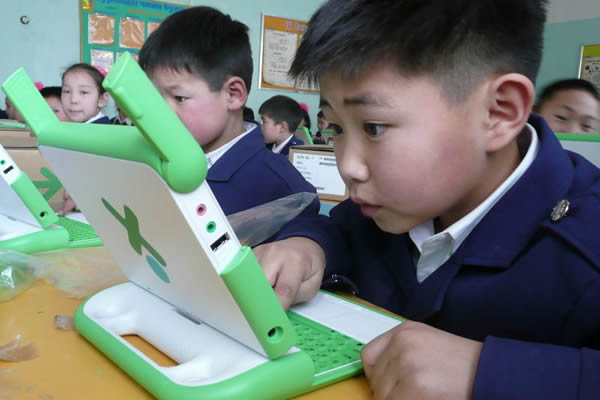 Since print, of course, we have had radio, cinema and television. While no one would underestimate the importance of these forms of media, they simply accelerated what had been initiated by print. In other words, they helped to make information even more accessible and widespread.

The web has also made the access to information even easier and more widespread than anything previously. Just with information access alone, it has empowered people in a way that has never happened before. However, if this is all the web had achieved, we could say it had simply completed the journey started with the invention of the printing press.

The big revolution, however, is that the web has given everyone their own channel. In other words ‘a voice’. No longer do people need the patronage of a major record label or publishing house to get their music heard or book read. No longer do people have to rely on a few radio talk shows, or letter columns in newspapers, to be able to express their views on the current issues of the day to a wider audience than just their friends. No longer do people only have the choice of moaning to a few colleagues when a company lets them down. Now they can post their views on sites such as Trip Advisor or express their frustrations to a wider audience on platforms such as Twitter and Facebook.

While every individual has a channel, so does every company. Even if a business today only has a website and a blog, these are channels that are only as good as the content that sits on them. That is, of course, without a business utilising platforms such as Twitter, Facebook, LinkedIn and YouTube amongst many others.

This means that every business has now become a publishing company, whether they like it or not. Today, every company is responsible for providing content for the media channels which they own. Whether they commission material from partners, suppliers and industry experts or create their own, every business requires good content.

It is obvious that a business should put content on their own real estate. In other words, whether it is their website, blog, YouTube channel, Facebook page etc., an organisation should utilise their content to ensure these mediums are used to engage and attract customers and prospects alike.

The piece of the jigsaw, however, that is sometimes missed by a business, is where else they put their content. Today every company, organisation, association, society etc., has the same challenge. They often own a plethora of different channels that need filling with good content but they do not have the wherewithal to create enough. Therefore, most people are willing to take good content created by others. This is on condition that it will provide value to their audience, and it is not blatantly self promotional.

Therefore, every business should ask themselves one question. ‘Where do my customers learn?’ On what forums, social media platforms, associations and websites do my customers go, in order to keep informed about subjects of interest?

If your audience are engineers, is there a LinkedIn forum that many of them use? If you target solicitors, do they refer to the Law Society website? If you target small local businesses, do they utilise their local chamber of commerce or business networking association for information? Wherever you customers ‘hangout’, is where you want to try and have content placed.

For example, if you wanted to target airline pilots you could post adverts in the newspaper and hope one of them saw your advert and called. Alternatively, you could sit in the bar at one of the major airport hotels and strike up some interesting conversations with the patrons. I would suggest the second approach would probably be more effective.

It is no different ‘online’. Create and commission content and, of course, put it on your own channels. However, for many companies the success of content is to get it distributed in the right places. That is, the platforms that your prospects and customers use. So don’t forget to ask yourself one important question, ‘Where do my customers learn?’, and then make sure you are there.