Grant Leboff, in conversation with Nigel Risner, professional speaker and author of ‘The Impact Code’. In this video Nigel explains how to organise a Mastermind group.

Grant Leboff: What is interesting to me is that you say that some people don’t share, because of this idea of scarcity. Now, one of the things that I speak a lot about is that in the modern world, and in the digital age, knowledge is all over the place. It’s there, but actually it’s shared knowledge that’s power. The old idea is that knowledge is power, it’s actually shared knowledge that’s power, and it’s something that I am very big on. Is that something that you would agree with?

Nigel Risner: I only tweeted yesterday because the quote is knowledge is power, that’s not right. Knowledge and action is power, we are now adding a third word; knowledge, action and sharing is power. So if you have all of this knowledge, and you don’t share it, it doesn’t work. If you have all of this knowledge and you don’t use it it’s not power, so the combination of the three, works. So you need to have some knowledge, you need to find some people who have better skills then you have, and you have to do something with it. I love the line, ‘when all is said and done, much more is said than done’. So most of us don’t do much with it, but if you get a collective group of people who can support you, that really works.

Grant Leboff: So let’s say you are willing to share it, and you are willing to open yourself up, if you are a business owner watching this now, what is the best way of going about trying to find some people who you think you can work with to Mastermind, to get better. How do you identify them? If you are sitting in your office and you think this is a good idea, but how do I go about trying to make this happen?

Nigel Risner: So my father is an optician. If he had a dentist, a podiatrist, a dietician, a plumber and a builder, and every month they got together and they shared what’s working for the marketing, could they combine any of their marketing together? It’s a bit like going to a Chamber of Commerce meeting, but instead of just listening to the one speaker, they become their own little chamber. And the more people who collectively learn together, who share ideas together, but also get honest feedback – although I always hate the word feedback, and I call it feed forward – I think it’s much more important that together you learn and share together.

Grant Leboff: Is this a formal thing? Should people set up and have a formal idea of a group who meet a certain amount of times?

Nigel Risner: Everything is great if it can be formalised, but we are busy. So you and I have been trying to get this interview going for several months. You’re busy, I’m busy. If we agreed that every six weeks we meet in this hotel between 7.00am and 8.30am for breakfast, there’s a good chance that it will happen. The idea of 12 of us trying to get to this hotel at 11 o’clock is only going to happen once because we’re going to be excited, then the following month I’ve got a very important meeting – much bigger than yours – and then the following month you’ve got a very big gig in Vienna, and what happens is that after seven or eight months we are down to three people, and the energy is changed. But if four or five of us said we are going to meet here…

13 or 14 years ago, three other big speakers and I used to meet in London before the congestion charge started, at the London Hilton between 7.00am and 8.30am, because that’s when the parking meters started, so we had to finish by then. I was rather like the junior boy of the group. One was a keynote speaker, one was an after dinner speaker and one was a comedian, and I was the trainee if you like. I learned so much from them within six months. It was unfortunate, we all got so busy – and they got much more famous – that the group disbanded. But those six months taught me, having a Mastermind group is vital.

Grant Leboff: How about setting goals for the group? When you get together, is it about having a chat, about setting some goals and objectives? Are they the same goals, are they different goals, how does that work?

Nigel Risner: I wrote a book called ’10 heads are better than one’ and in the book I really put the guidelines for the structure of the meeting and how to organise it – because you need to have a moment of ‘bragging’ rights. Everyone needs to have a minute of saying “I’ve just spoken to Sky, or you’ve just spoken to Man United…” we do all this stuff, and then after that; What are the three things that we want to achieve this month? What are three things that are getting in the way? What are three things in which we need support? And that is roughly the structure of most meetings that I work on. 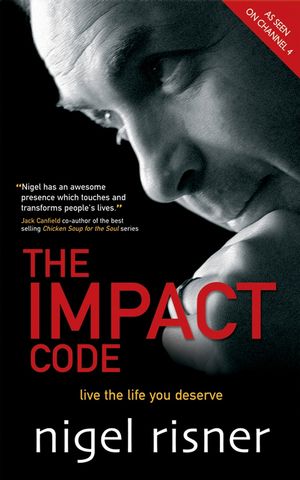