Grant Leboff: One of the things that you talked about in the book, that's very important, is having a purpose. So, how does a business leader go about identifying - they are in a job, they're doing their thing - how do they identify what that is? How do they start to find it?

Nicci Roscoe: They might not show it. Some people, take Richard Branson for instance. He had a purpose, he wanted to make things happen, he wanted to make Virgin happen, and goodness knows what else he's done with his life. So when you have a purpose, it gets you motivated, it gets you excited, it gives you that challenge. And I do believe that even if people do it unconsciously, that most people who are successful have had that purpose and have also had those goals to make it, or it won't happen.

Grant Leboff: So once you've got your purposes, you then start to set goals?

Grant Leboff: So the primary thing is having the purpose...

Grant Leboff: And you talk about successful people having one, whether they've articulated or written it down, but inherently they have it. Do you think there's a power to having it in a written form?

Nicci Roscoe: I believe that there's a power in having in in both forms. I believe that some people have it inside them inherently, and that they just go for it, and they're really successful. Others just go about it in a completely different way and they may not have that confidence to begin with. That's why they need to find themselves and redefine what it is they really want. They may not be particularly happy in the job they're doing, and there may be something else that they've always wanted to do. So once they discover that purpose, then they're going to move forward in their lives. I don't believe there's anything where you either have it in you or you don't have it. I think we can all make those changes and make it happen - whatever. 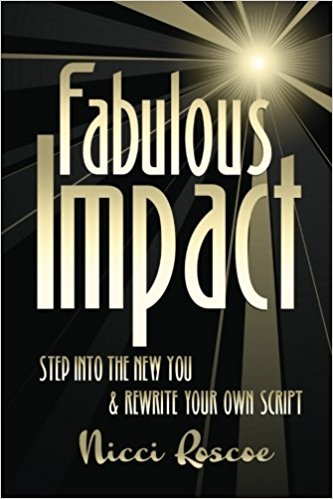