Simon Morton:  It comes down to recognizing the message you’re looking to get across, with that visual. If I think of an example that’s in the book, which is talking about the visual subtext that relates to a visual, so in terms of the impact that that visual can have, you can choose some really powerful images that portray a certain thing. There are great examples of people that wanted to talk about the impact of war, and they could have done it with a pie chart, they could have done it with a whole manner of different things, but actually a simple picture of war graves has much, much more impact than that.

I use an example of how you can take a really strong visual and ruin it by adding more and more detail to that visual. So if we paint a picture of a family home, with kids playing in the backyard, and all of that wonderful stuff, the more content you add to that… so you start talking about how many bedrooms the house has got, how big the garden is, how much parking there is, you take away from that subtext which is actually about a family environment, and it becomes more like an estate agent’s particulars. So you can ruin the impact of that visual by adding more and more content to it.

There’s no simple measure, but often, if I’m struggling to find a visual, I’ll either go for a walk with the dog, and just by stepping away from my desk will prompt that thinking, or I’ll just mooch on the internet. Pinterest is a fantastic source of inspiration for certain visuals, so you’re not an island. There are people out there that have probably shared similar messages to you. It’s all out there now. I’m not saying, beg, borrow, and steal, but be inspired by the things that are out there.

As presenters, we’ve never had it so good, in terms of the content that’s out there for us to grab hold of and be inspired by. So go out there and just expose yourself to as much of this visual vocabulary that’s out there. It’s very, very powerful.

Grant Leboff: You talk about great visuals, and how, perhaps, you can do that and inspire yourself. Then, I think in the book you talk about something called, second slide syndrome, where pictures don’t have the impact that you intended. Can you explain that, and perhaps how to avoid it?

Simon Morton: We call it second story syndrome, and this idea of, by putting up a visual on the slide, it can prompt people to start thinking in different ways. The example I use is somebody goes up and presents and maybe they’re using a fancy Apple computer to share their information, remarkably, some of the audience will go, ‘Oh, interesting, using a Mac, what do they got against Pcs, or perhaps they don’t like Microsoft…’ There can be a whole heap of leaps, huge leaps, in terms of what people are thinking, just by simply going up there with a different looking computer.

Grant Leboff: Are there any ways of identifying… – I suppose, sometimes, for you it can be fairly innocuous, couldn’t it? You’re a MAC user, so you go out with your MAC.

Grant Leboff: In your example. You may pick a monument for no other reason than it was a good picture and it kind of worked, and of course, your audience are now reading into all sorts of things. Is there any way of knowing that might happen, is there any sort of test that you can do before you go to present, that might indicate that it’s a possibility?

Simon Morton: It’s always good bounce… if it’s a key visual that you need to absolutely get right, bounce it around your peer group. Just tell them, I’m thinking of this, this is the message I want to get across, and if the peer group is honest and open, they’ll go, yeah, that’s great; that one is loaded with issues, step away from that. Or you go towards more icon based visuals, which again, there are a gazillion libraries out there now, of great icons that will help you still get your message across.  In the end, this might sound like heresy; you can get away with bad visuals, you can get away with awful looking slides, if your message is strong enough. What you can’t do is have wonderful visuals, wonderful slides, based on nothing. Based on a flaky message. That doesn’t work, it doesn’t work that way. 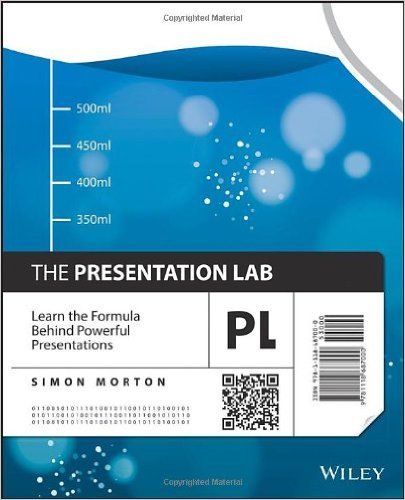 Learn the Formula Behind Powerful Presentations

Simon Morton is an internationally recognized expert on presentation development, and is the founder of Eyeful Presentations, one of the top three presentation consultancy and design companies in the world. Serving customers from more than 20 countries via five global offices, Simon has worked with top brands and thought-leaders, helping them to develop presentations that get the job done.

How well did my presentation do? In this lesson, presentation expert Simon Morton, explains how to assess if your presentation achieved your objectives, on a variety of levels.

You’re neither a professional writer nor a designer, but you have to make a presentation. So where do you start? In this lesson, Simon Morton demonstrates to Grant Leboff that it not as difficult as it may, at first, appear.

The slides are the presentation

Are ‘all singing, all dancing’ slides what make a powerful Power Point presentation? In this lesson, presentation developer expert, Simon Morton, explains that the best presentations start with pen and paper.

When can a bad PowerPoint presentation, prove to be lethal? In this lesson Grant Leboff discusses how not to ruin a presentation with presentation expert, Simon Morton.

Presentations – The Audience is most important

If you are making a presentation to a group of accountants does it have to be exclusively factual or is there another way to gain their trust? In this lesson Grant Leboff discusses how you put the audience first with Simon Morton, the internationally recognised expert on presentation development.§

How do I choose the most appropriate presentation tool?

Not every presentation requires a projector and screen, some can work best on a piece of paper. In this lesson, presentation expert Simon Morton, explains the many presentation tools available and when they can most appropriate.

How do you avoid including too much data in a presentation?

Data is great and often very important but, if presented badly, can be incredibly dull. In this lesson, presentation expert Simon Morton, explains how to select the data you need.

How to create great visuals in presentations

You can’t gauge the content of a presentation by how many slides it has. In this lesson, Simon Morton discusses the drummer’s mantra; ‘simplicity is not stupidity’ and why it works so well when related to presentations.

You’ve got a lot to get across in your presentation, so what stays and what goes? In this lesson, presentation expert Simon Morton, explains how to cut out the clutter.

What do audiences want to see and hear? In this lesson, presentation expert Simon Morton, explains how to avoid creating an emotional presentation on saving trees, when all the audience wants to see is what they will save in cashflow.

The importance of storytelling

We are not all professional speakers and presentations don’t always come easy. In this lesson Simon Morton shares some tips on how to approach an audience.