How can salespeople maximize the opportunities they have when they're with clients?

In this lesson, Nicola Cook explains the three ways to increase revenue

Nicola Cook: Well, there's only three ways to increase revenue - and I'm talking revenue here, not profit just for a moment - which is increase your average order value, increase your average order frequency, or get more new customers. And even without a huge marketing department, feeding you qualified leads, there's still an awful lot salespeople can and should be doing to help themselves. So increasing average order value; is being very clear that once you do have a customer, you've revisited that customer regularly to make sure that you've absolutely offered everything that is possible out of your product portfolio to that customer. Often I get people to do a matrix where they, literally, map their customers and put ticky boxes against all the products and services that that customer has purchased and look where the gaps are and... get to work basically starting with selling the most profitable things first.

The second thing is to increase average order frequency. So depending on what it is that you offer, if you have a consumable product or a recurring income model within your business, that's great. Making sure that you're enticing more people to buy into that product or services is a good way to do that. But it's also being aware of when customers fall off and don't reorder or don't come back or don't renew. Because of course,  customers all ring as up Grant, don't they? And say, by the way, I just wanted to let you know I'm going to the competition - they don't. So we just have to have good account management mindsets and process in place to keep those relationships going.

And the third one is getting more new customers. The best way that existing salespeople can get new customers for themselves is to ask for referrals and make it part of the sales process.  So the easiest way to do that is to simply ask a question, which is; 'Who else do you know that would benefit from a conversation with me?'

I ask that question from everybody. And the way that I look at it is, I say to all salespeople, if you did that with every customer that you have, and if you've got three referrals out of them, and if you closed only one out of those three, you've instantly doubled the size of your customer base. And it's that simple. But most people don't do it. They, again sit back passively and wait for referrals to come to them. There's no right or wrong way to ask for referrals. You can ask for them when you're building rapport with people, but I find the best time to ask for a referral is just after they've become a customer, because by giving you a referral, it actually makes them feel good about the decision they've just made to work with you. It endorses the decision that they've made. I always ask for three, I say, can you think of three people who would benefit from a conversation with me? And then from those three referrals, you then follow them up and start a new sales compensation.

Nicola Cook: So I'll ask permission whether to use their name or not... Do you feel comfortable with me saying that I've had that introduction from you or if not I'll, I'll introduce myself blind. Actually, in the book, there are a couple of scripts as to how you can do that - either with a named introduction or without a named introduction. If it's a named introduction, then it's quite a straightforward way to introduce yourself to say; 'Hi, you don't know me, but you do know Grant and he suggested that I give you a call'. So that gives you an endorsement that way. And if it's without an introduction, it'll say; 'You don't know me, but someone, who we both know, has actually suggested that I give you a call'. So I just leave their name out of it.

But in terms of making the other person feel comfortable, you've got to feel good about the value that you're offering. You would only ask for a referral if you're convinced that you can deliver on the promise that you've made that person and that really is a separate issue. So, there's no reason why you shouldn't do it unless you're not confident in what you're offering, in which case you shouldn't be selling it in the first place. So you should just make asking for referrals, a key part of your sales process. And don't just ask for them once, ask for them again and then again and then again as the relationship develops over time. 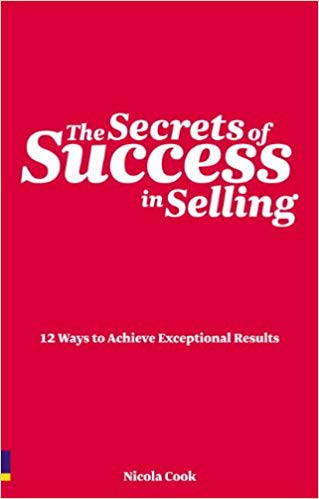